A light, refreshing soup with a hint of spice.  The carrots can be substituted with butternut or orange sweet potato for an interesting twist.

Asparagus is starting to come into season now. Surrounded by light and crisp Parmesan flavoured phyllo pastry makes it superb!  Prepare this do-ahead snack but bake shortly before serving, as is or as as part of a meal, accompanied by the lemon dip.

This salad is great to serve as a light meal.  The tuna may be omitted if preferred and replaced with crumbled feta cheese or parmesan shavings.

Variation
The salad mixture can be made and refrigerated for a day or two.  Assemble the salad when ready to serve.

This is a most rewarding dish made with canned beans in tomato sauce.  Serve as a vegetarian meal with bread, rice or pasta, or as a vegetable side dish with braaied meat.  It can also be served as a salad.

A smooth and creamy textured soup with a hint of spicy flavour. Adding the cream, sour cream or yoghurt gives richness to the soup but it is certainly not essential.

Meatless meals need not be without texture, taste or excellent nourishment. Serve this bobotie as the main dish with nutty brown rice and colourful vegetables or salad. Leftovers will step in well as a side dish with meat or fish.  Also see the traditional Bobotie recipe. 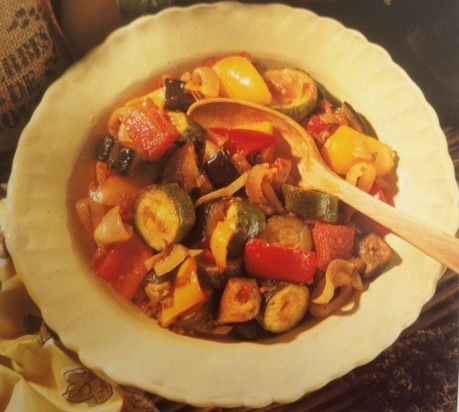 Ratatouille (pronounced rah-tah-too-ee) is a traditional French Provençal stewed vegetable dish, originating in Nice.  Ratatouille is usually served as a side dish, but may also be served as a meal on its own, e.g. as an entree (see the Confit Byaldo vartiation below).  Tomatoes are a key ingredient, with garlic, onions, baby marrow, eggplant, sweet peppers, basil or thyme.  The roughly cut vegetables are pan-fried and then baked, and plated as a stew. There is much debate on how to make a traditional ratatouille. One method is simply to sauté all of the vegetables together. Some cooks, including Julia Child, insist on a layering approach, where the eggplant and the baby marrows are sautéed separately, while the tomatoes, onion, garlic and sweet peppers are made into a sauce. The ratatouille is then layered in a casserole and baked in the oven.

My personal favourite is a variation of the traditional ratatouille called “Confit Byaldi” which was created by French chef Michel Guérard.  It is the ratatouille recipe they used in the Disney Pixar movie Ratatouille (2007).  It is also known as Remy’s Ratatouille (see more about the movie below). The dish consists of a piperade sauce – a combination of tomatoes, sweet peppers, onions, garlic and sugar – topped with thin slices of tomato, eggplant, baby marrow and patty pans. The dish is baked for two hours, cooled and refrigerated overnight for the flavours to develop.  It is served as an entree on individual plates.  The vegetables are fanned out accordion-style and it is finished off with a drizzle of vinaigrette.  This dish is labour intensive, but so worth it!

The movie Ratatouille (2007), from the creators of “Cars”, “The Incredibles”  and Finding Nemo (to name a few), the main character is Remy, a provincial rat.  Remy is not ordinary rat though.  Not only is he literate, he has developed a passion for cooking after watching numerous cooking programs on TV.  Remy’s culinary hero is French chef Auguste Gusteau, author of “Anyone Can Cook” and owner of Gusteau’s, a restaurant in Paris with no less than 5 Michelen Stars!   After running for his life from his family home in rural France, Remy ends up in Gusteau’s very busy restaurant kitchen, where he meets Linguini, a clumsy young man hired as a garbage boy, the film’s other main character.  Remy’s passion for cooking and Linguini’s eagerness to learn sets an hilarious and exciting rat race into motion that turns the culinary world of Paris upside down.  This movie is a must see!

If you feel like pizza but don’t want the wheat, this is a pretty good-tasting home-made version of a “banting” and gluten-free pizza! 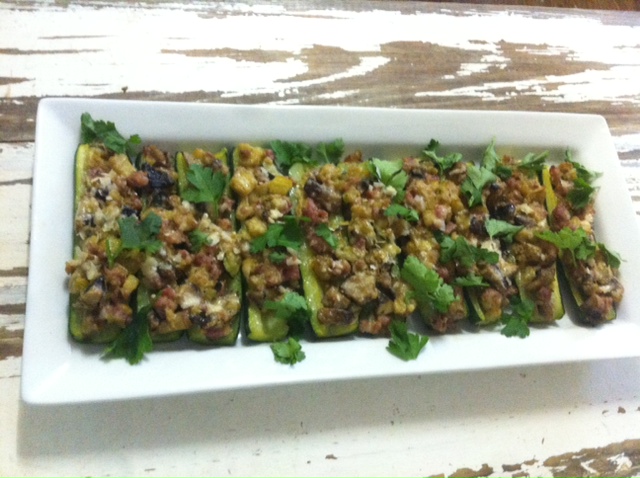 These boats can be filled with a variety of stuffings.  Omit the bacon for a vegetable side dish.

Variations
– Omit the bacon for a vegetarian dish.

Trendy and delicious. A recipe which will become a favourite vegetable treat to serve from brunch to supper or any time in between. It is good warm or cold, as a light meal, side dish or a nutritious packed lunch.

Romanesca, also known as summer cauliflower, is a curious-looking cruciferous vegetable which can be used in any recipe that calls for cauliflowe or broccoli! Try my recipes for Baked Cauliflower Mash and Cauliflower Cakes with Romanesca next time.

If you want to cut down on carbs, why don’t you opt for cauliflower rice instead of the usual starch options?  Just add your favourite stir-fry ingredients!

This is a different but very tasty way to serve cauliflower.  Tip:  tell your kids it is mashed potato and they won’t have a problem eating it!

Move over “cauliflower cheese” – there is a new kid on the block! This is a fun and tasty way to serve a vegetable that is usually not very popular.

This vegetarian dish can be served hot or cold as part of a festive feast or on meatless Mondays. 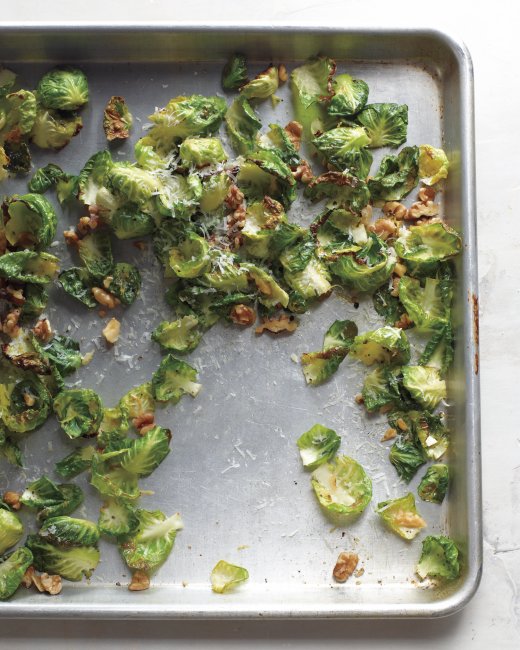 I’ve never been a fan of brussels sprouts – that is until I tried this recipe!  Brussels sprouts look like miniature cabbages and are a cultivar of the same species that includes cabbage, collard greens, broccoli, kale, and kohlrabi, so they have quite a strong smell when being cooked! 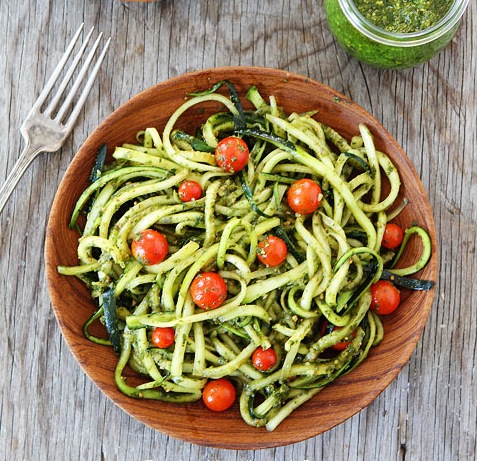 Turn your baby marrow into “pasta” and toss with fresh basil pesto. A fresh and healthy meal in minutes!

The golden brown butternut will contrast well with the roast or grilled meat and fresh vegetables on a plate.  Delicious!

Variation
Substitute the honey for golden syrup or maple syrup.

I first heard of fried green tomatoes when I saw the movie “Fried Green Tomatoes at the Whistle Stop Cafe” which is based on a novel by Fannie Flagg. The combination of firm-fleshed tomato with a crunchy polenta coating, the slight tartness of the unripe fruit balancing the oiliness of the exterior makes fried tomatoes a side dish for a braai, breakfast or brunch. It is said that Fried Green Tomatoes were invented by families with vegetable gardens who needed a way to use up an unwanted bounty of unripe produce.