This decadent chocolate mousse is quick and easy to whip up. You only need three ingredients!

The combination of chocolate and orange is truely magical. It is a classic flavour combination, used and enjoyed in a variety of recipes by foodies across the world. In this souffle recipe, quality dark chocolate is combined with orange flavours to take it to a whole new level. According to Lindt Maître Chocolatier Thomas Schnetzler, creator of Lindt Excellence Orange Intense Dark Chocolate, the secret behind this classic combinaion lies in its contrast: the chocolate is rich and intense and it is balanced by the fresh, zesty tones of the orange, creating an overall experience that is both nostalgic and exhilarating.

This gluten-free version of the popular “Woolworths Ready Meals” is gluten-free. It is also a great way to use up leftovers!

This is a quick and easy, yet decandent mousse for two people.

Ratatouille (pronounced rah-tah-too-ee) is a traditional French Provençal stewed vegetable dish, originating in Nice.  Ratatouille is usually served as a side dish, but may also be served as a meal on its own, e.g. as an entree (see the Confit Byaldo vartiation below).  Tomatoes are a key ingredient, with garlic, onions, baby marrow, eggplant, sweet peppers, basil or thyme.  The roughly cut vegetables are pan-fried and then baked, and plated as a stew. There is much debate on how to make a traditional ratatouille. One method is simply to sauté all of the vegetables together. Some cooks, including Julia Child, insist on a layering approach, where the eggplant and the baby marrows are sautéed separately, while the tomatoes, onion, garlic and sweet peppers are made into a sauce. The ratatouille is then layered in a casserole and baked in the oven.

My personal favourite is a variation of the traditional ratatouille called “Confit Byaldi” which was created by French chef Michel Guérard.  It is the ratatouille recipe they used in the Disney Pixar movie Ratatouille (2007).  It is also known as Remy’s Ratatouille (see more about the movie below). The dish consists of a piperade sauce – a combination of tomatoes, sweet peppers, onions, garlic and sugar – topped with thin slices of tomato, eggplant, baby marrow and patty pans. The dish is baked for two hours, cooled and refrigerated overnight for the flavours to develop.  It is served as an entree on individual plates.  The vegetables are fanned out accordion-style and it is finished off with a drizzle of vinaigrette.  This dish is labour intensive, but so worth it!

The movie Ratatouille (2007), from the creators of “Cars”, “The Incredibles”  and Finding Nemo (to name a few), the main character is Remy, a provincial rat.  Remy is not ordinary rat though.  Not only is he literate, he has developed a passion for cooking after watching numerous cooking programs on TV.  Remy’s culinary hero is French chef Auguste Gusteau, author of “Anyone Can Cook” and owner of Gusteau’s, a restaurant in Paris with no less than 5 Michelen Stars!   After running for his life from his family home in rural France, Remy ends up in Gusteau’s very busy restaurant kitchen, where he meets Linguini, a clumsy young man hired as a garbage boy, the film’s other main character.  Remy’s passion for cooking and Linguini’s eagerness to learn sets an hilarious and exciting rat race into motion that turns the culinary world of Paris upside down.  This movie is a must see!

A quick bread with a difference! The flavour is excellent and texture tender and moist. Serve as is or with butter or enjoy on the side with any main course or soup or top with savoury topping such as sliced avocado.

This is an incredible loaf of bread which will change your life!  This bread has no raising agent and uses whole grains, nuts and seeds!  It is high in protein and incredibly high in fibre. It is gluten-free and vegan. The Danes are excellent bread makers and their breads are moist, dense, chewy and filling.  A single slice is almost like a meal in itself – a whole other level of bread making and eating! Use the ingredients as given in the recipe or adjust by using the variations but replace ingredients in the same proportion and with a similar ingredient for best results. 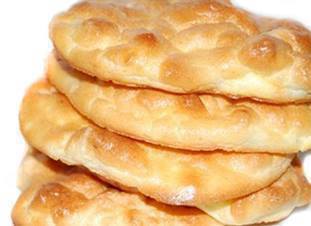 The lightest and quickest option for gluten free breads yet! Delicious with sweet toppings such as syrup or jam or or savoury toppings, instead of English Muffins or served with curries or soup.The original name was “Oopsies” – it was discovered by mistake.  The mixture can also be spooned over warm cottage pie and baked until golden and firm.

Topping (optional but good!)
Any typical such as poppyseeds, garlic and herb seasoning and rosemary sprigs, onion seeds

Variation
The gluten-free flour can be substituted with cake flour if preferred.