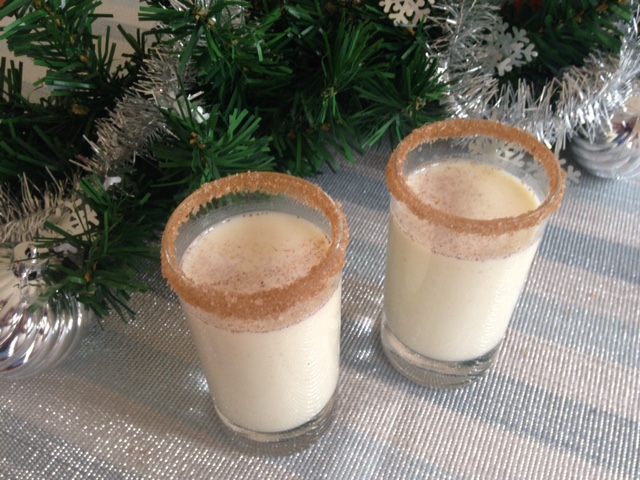 “Melktertjies”, also know as “melktert shooters” is as South African as can be and basically our version of eggnog.   It smells and tastes like melktert (Milk Tart) with a bit of kick. A single sip of this delicious alcoholic drink is all it will take to make you want to come back for more.

Be sure to also try the recipe for Home-made Eggnog, which can be served hot or cold.

The mixture can unfortunately not be turned into “Melktertjie” Ice-cream due to the high alcohol content, but it tastes great if you place the mixture in the freezer for an hour or two before serving.