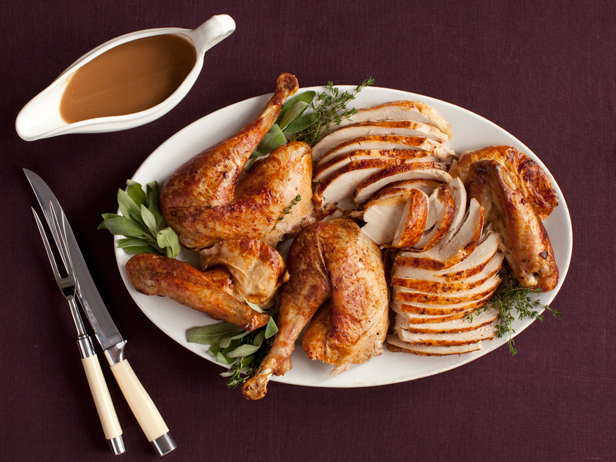 Be sure to check out the recipe for Marinated Turkey for an interesting take on the traditional oven-roasted turkey.

Carving a turkey is just like carving an extra-large chicken.  The same method can therefore be used for either.  To carve poultry, use a very sharp carving knife and a fork or tongs.